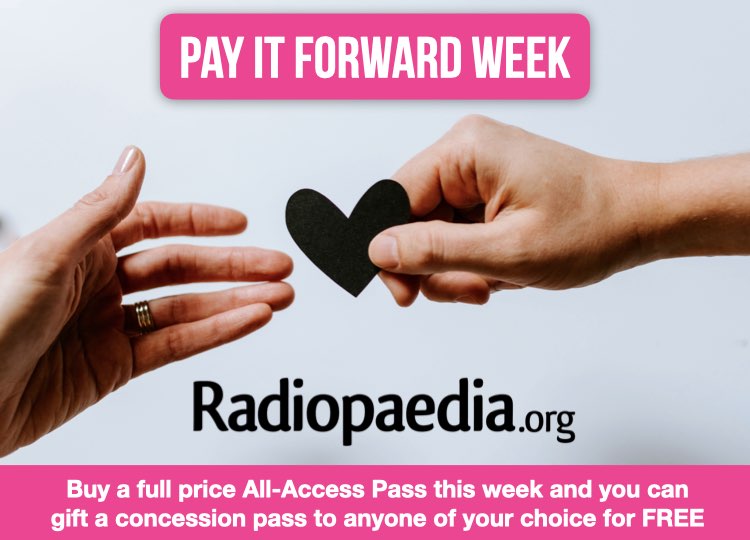 Lynch syndrome is the most common cancer syndrome, affecting 1 in 400 persons 3. Typically HNPCC patients present in their forties and fifties with colorectal cancer 2, or with one of the associated malignancies. It is 5 times more common than familial adenomatous polyposis syndromes (FAP) 6. It is the most common hereditary cause of endometrial cancer 9.

HNPCC is due to mutations in DNA mismatch repair (MMR) genes 2, resulting most frequently in colorectal carcinoma (10-82% lifetime risk 9) as well as extracolonic malignancies, including 1,2:

There is a described association with breast malignancy, although the relationship is inconsistent 9. The MMR genes most commonly affected are MLH1, MSH2 (these two 70-85% of cases, MSH6, and PMS2 or EPCAM, an upstream gene in MSH2 expression 3.

Radiographic features are related to the underlying conditions:

The high risk of colorectal carcinoma warrants screening of the colon every 1 to 2 years starting from 25-40 years of age 2,3 and may require colectomy. With close surveillance and resection of any adenomas which develop, the risk of CRC can be reduced by 60% 3.

Lynch syndrome was first described by Aldred Scott Warthin (1866-1931) 8, an American pathologist, from University of Michigan in Ann Arbor, Michigan, in 1913, after research into a family with several members with cancers. In the mid 1960s, Henry T Lynch (1928-fl.2019), an American oncologist, published further detailed painstaking work on the same family studied by Warthin, shedding further light on these apparently hereditary cancers 7. The condition was later renamed after Lynch who doggedly pursued the then heterodoxy that cancer could be hereditary.