Goodbye and thank you Ray 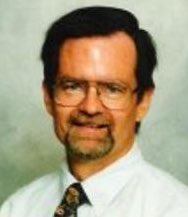 It is with great sadness that I found out today, rather belatedly, that one of our past editors, J. Ray Ballinger, passed last year. Ray was one of the very first to embrace online education, starting MRItutor.org in 1994, and as such is one of the fathers of what we now recognize as open-access education.

In 2007, shortly after opening Radiopaedia.org to the world I reached out to Ray and asked if he would be interested in contributing. He replied:

Hi Frank,
Let me give that some thought.
Regards,
Ray

True to his word he did. Six years later, in 2013, I unexpectedly received an email from Ray.

I was looking at your site again and have decided, rather belatedly, to offer any of my mritutor.org website materials to yours. I retired last year a bit early than I anticipated because of treatment for stage IV carcinoid cancer and may not be around in a few years to continue it. I can fill in some of the physics topics that you need as well as add or modify some of your existing articles if you wish. [...]

Needless to say, I was terribly moved. That someone would care so much about teaching, at what must have been such a difficult time, was very inspiring. Ray became our physics editor during which time he made over 170 edits, many on improving the large contribution imported into Radiopaedia.org from his site.

During this time we exchanged many emails. I found Ray to be a funny and candid person, who clearly cared deeply about the idea of creating educational material and sharing it with the world.

We will all miss Ray, and can all learn a great deal from the example he has set.