A recent research publication in PLoS ONE has described a new 3T MRI sign of Parkinson disease known as the 'absent swallow tail sign'. The discovery, which has the potential to revolutionise the diagnosis of this important disease, uses axial high resolution susceptibility weighted imaging (SWI) to assess the structure of the substantia nigra within the midbrain.

In healthy individuals, a linear or comma shaped region within the substantia nigra known as nigrosome-1 returns high SWI signal. This nigrosome is bordered anteriorly, laterally and medially by low signal structures which produce a distinct likeness to the split tail of a swallow (Figure 1, Figure 1A - healthy subject). 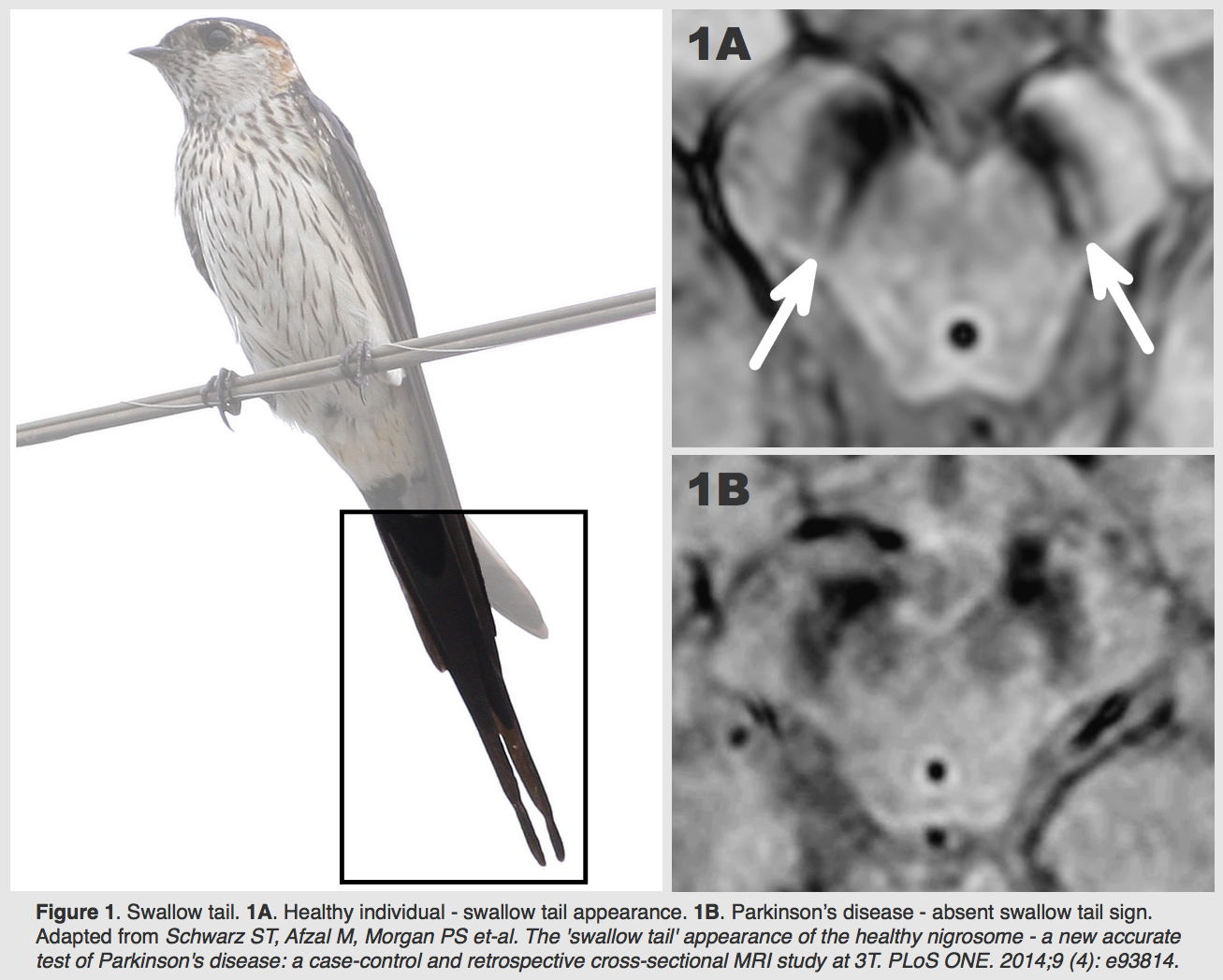 You can read more in the original publication here. As always, please let us know your thoughts in the comments section. Do you think this diagnostic sign is going to translate into clinical practice? Should high resolution SWI imaging of the midbrain be standard in the MRI assessment of Parkinson disease?

Dr Andrew Dixon is a Radiologist at the Alfred Hospital in Melbourne, Australia. He is a managing editor for Radiopaedia.org and has interests in neuroradiology and the use of technology and social media to disseminate medical knowledge.