Why you should not fat sat all post contrast sequences.

It is certainly true that appreciating contrast enhancement of structures or lesions in the soft tissues, especially if fat is present, feels easier when the images are fat saturated. So is there a reason to perform non-fat saturated post contrast images?

For some time as a registrar I thought the answer to that was ‘no’ (other than to save the extra time that fat saturating takes) and I have encountered many registrars / residents and consultants / attending that agree.

Over the years I have come to appreciate the danger of fat saturating all post contrast images. The case below I think elegantly demonstrates this danger, and will hopefully change your mind. 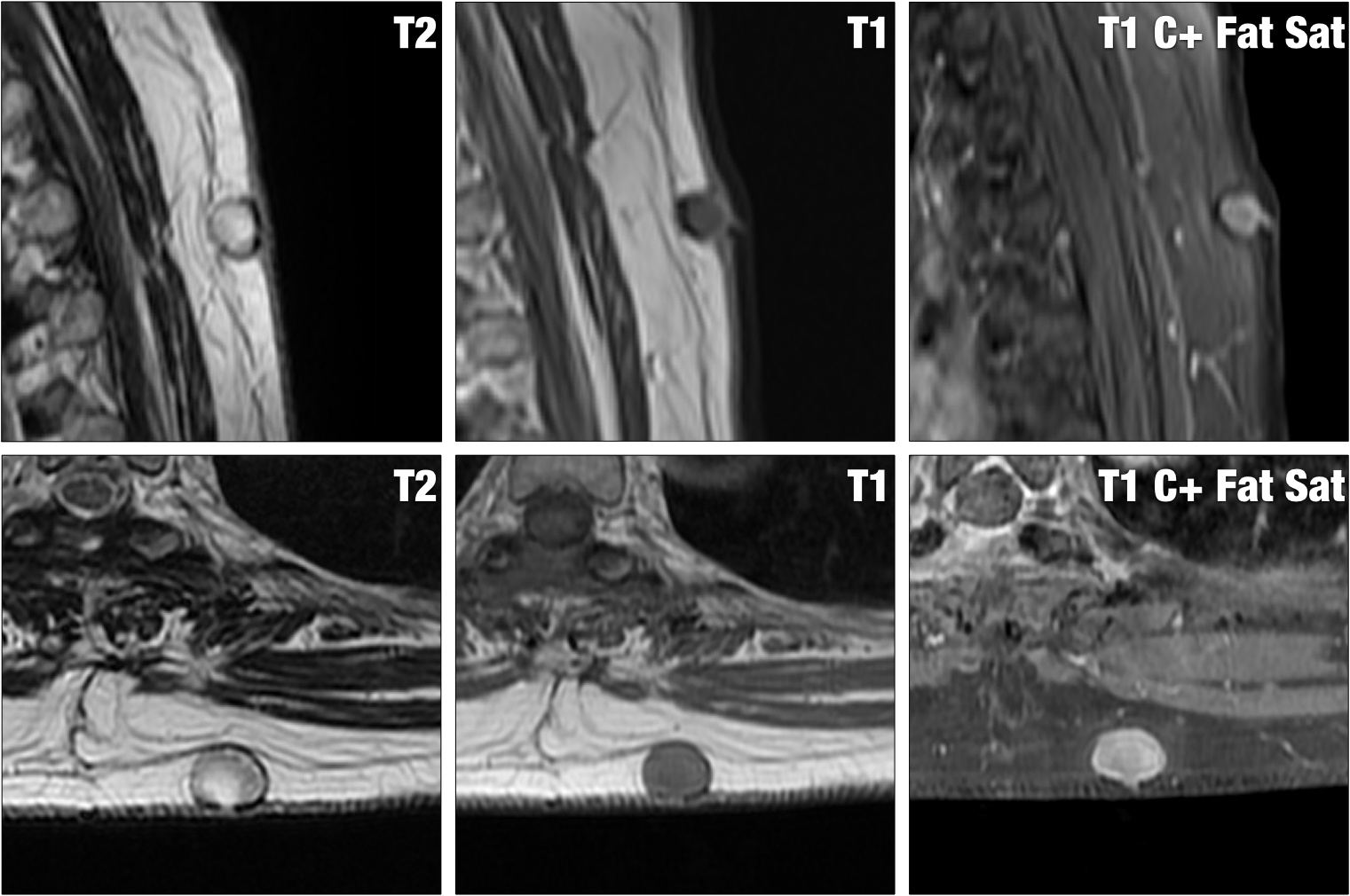 This patient had a thoracic meningioma resected some time ago, and on the most recent scan I read in addition to the post operative change a spherical structure was visible in the subcutaneous tissues (Figure 1). It is located just deep to the dermis in the subcutaneous fat, has intermediate to high signal on T2 weighted imaging and low signal on T1 weighted imaging. On post contrast fat saturated T1 images it unequivocally demonstrates vivid and homogeneous contrast enhancement. Right?

Well the problem is it is hard to think of a solid enhancing lesion in this location, especially as it has a little tail exerting to the surface of the skin. This should be a sebaceous cyst and its appearance on T1 and T2 is perfect for this. Sebaceous cysts are just balls of keratin (indistinguishable from intracranial epidermoid cyst and temporal bone cholesteatomas), and thus should not enhance.

Going back to earlier studies this lesion had not changed, but on every study appears to vividly enhance on fat suppressed post contrast T1 sequences. Finally I found a study from 2 years earlier (Figure 2) where neither axial nor sagittal planes where fat suppressed, and lo and behold the lesion does not enhance. Not at all. We have subsequently scanned this patient without fat suppression in one plane and again the lesion demonstrates no enhancement. 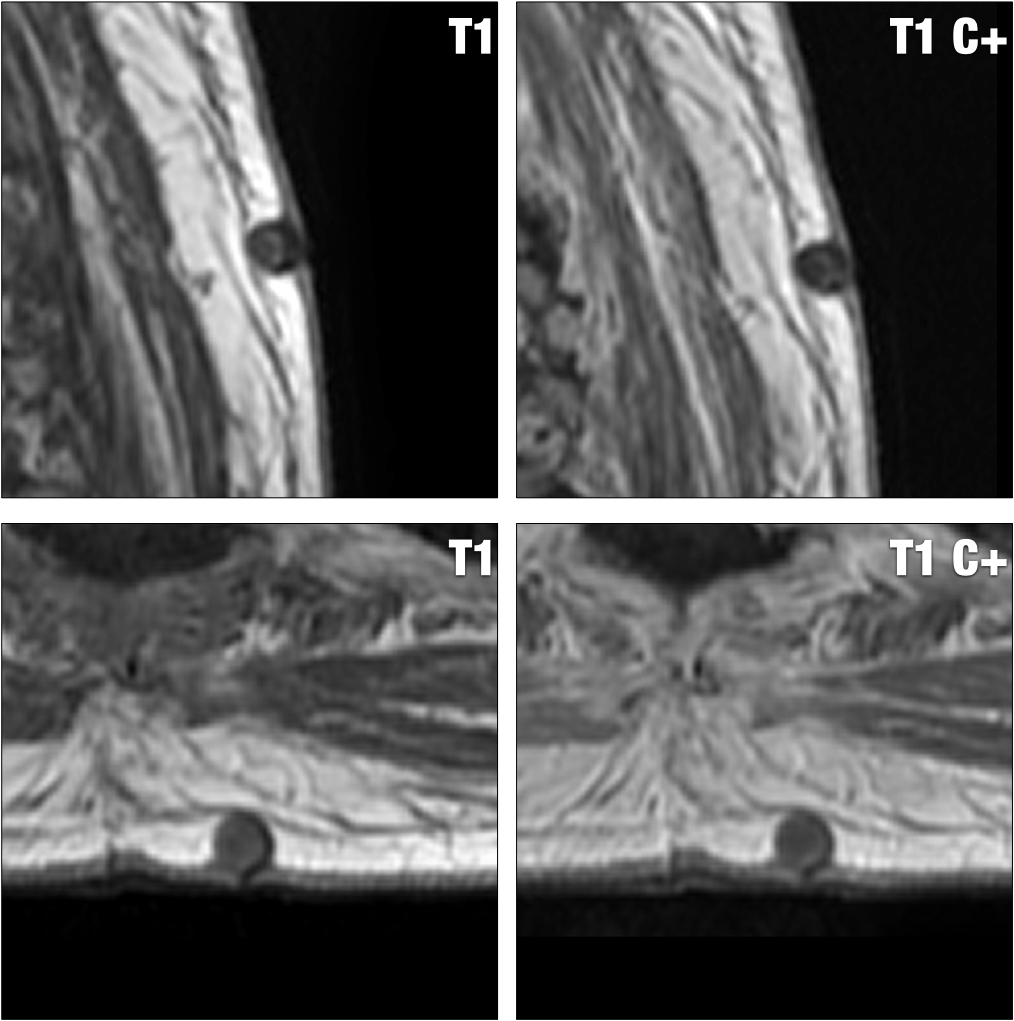 The only clue to the fact that this lesion does not enhance is that it shouldn't enhance given the likely pathology. This is all well and good for an incidental benign lesion, but would be problematic if we were performing this study specifically to characterize a lump.

Adding contrast and then fat suppressing an image dramatically changes the signal and contrast of the whole image, and one must not be tempted in comparing T1 and T1 C+ fat sat for the presence of enhancement.

You need to perform one sequence with only one changed parameter

So the take home message is this: