From the case: Schwannoma of infratemporal fossa

From the case: Schwannoma of infratemporal fossa
Ultrasound 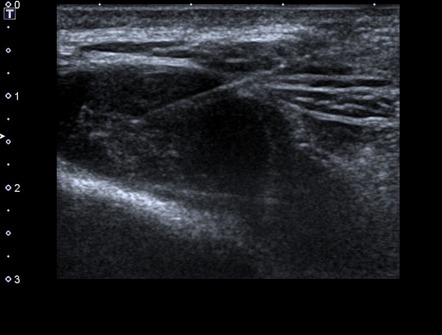