From the case: Spinal cord and tracts (illustrations)

From the case: Spinal cord and tracts (illustrations)
Diagram 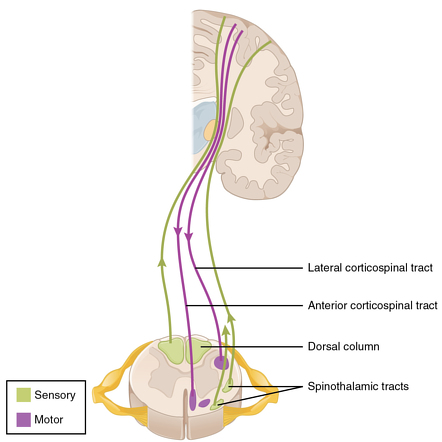 contributed by OpenStax College on May 09, 2017