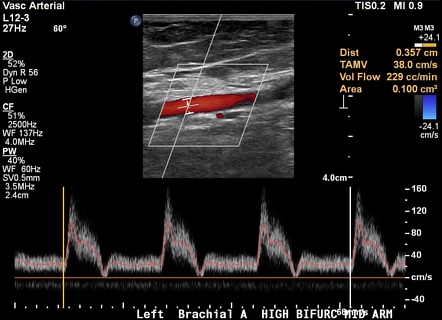 - “ Decreased volume flow through the feeding artery of hemodialysis access is a prognostic factor for failure of the arteriovenous fistula. Critical ...”