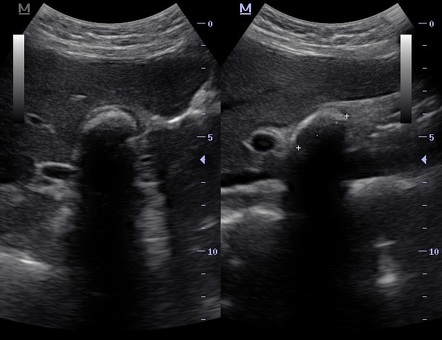 - “ The 'wall-echo-shadow' appearance is demonstrated due to: a curvilinear hyperechogenic line representing the gallbladder wall a thin hypoechoic ...”