From the case: Subclavian steal phenomenon 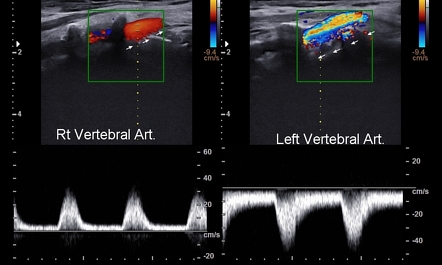 - “ Subclavian artery origin is difficult to visualize on ultrasound. Retrograde flow in the vertebral artery with an ipsilateral feeble pulse is diag...”