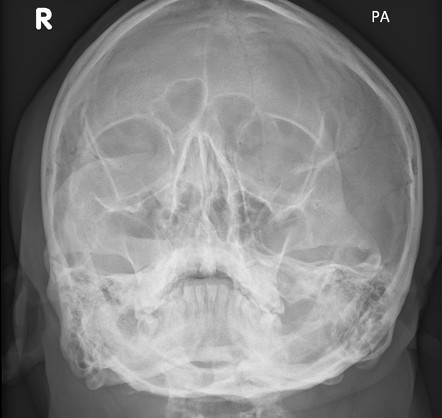 - “ This plain film nicely demonstrates an inferior orbital floor fracture with the associated secondary findings of a maxillary air-fluid level and a...”