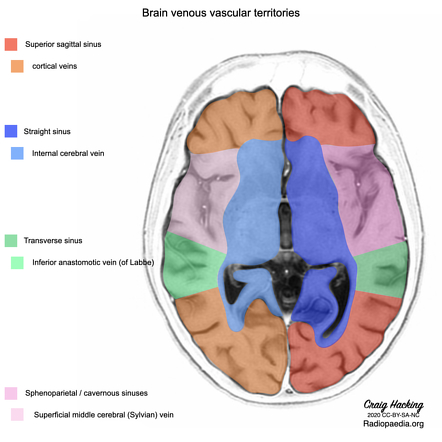 - “ There is significant variation in many textbooks and other resources describing the venous vascular territories of the brain. This illustrative ca...”