From the case: Intracapsular neck of femur fracture

From the case: Intracapsular neck of femur fracture
X-ray 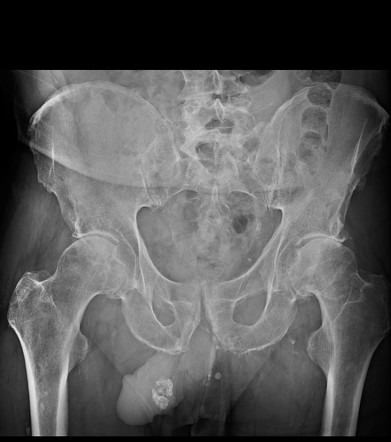 - “ It is important to trace the lines of the femoral neck on hip radiographs to identify a cortical step defect, as can be seen on the frontal and la...”