From the case: Weigert-Meyer rule illustration 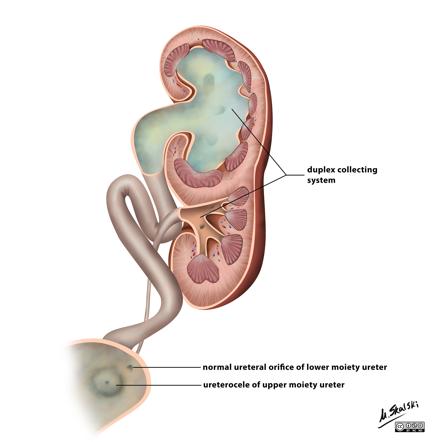 - “ The illustration depicts many of the common features expected with a duplex collecting system, following the Weigert-Meyer rule.  ”