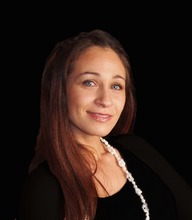 Dr Alexandra Stanislavsky is a Consultant Radiologist with Monash Health and Monash BreastScreen. After graduating from Melbourne University in 2004, she completed her radiology training and an MRI Fellowship at the Alfred Hospital in Melbourne.

Alexandra undertook further fellowships in women's imaging at the Royal Women's Hospital and in breast imaging with BreastScreen.

She is passionate about teaching and has enjoyed onoing editorial involvement with Radiopaedia.org since 2010.  She is an Associate Editor for the Australian Journal of Ultrasound in Medicine (AJUM).