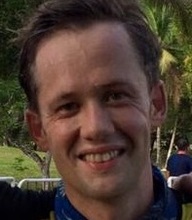 Dr Ian Bickle trained in Sheffield, United Kingdom.  He now works at various sites in the NHS as well as reporting for NHS patients in the regions of the UK via an outsourcing company.  He has a long and keen interest in education and bringing teaching opportunities to others.  He is a great advocate of discrepancy sharing in the interests of improved practice.  He has spearheaded a team producing the FRCR 2B long case examination preparation material on the site as well as assisting with aspects of radiopaedia's social media output.