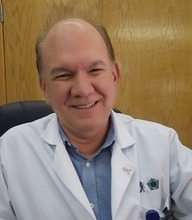 Dr. Jose Fernando Mendoza Cuadra it is a Pediatric Radiology specialist, and his areas of interest include also musculoskeletal radiology.

He has a Pediatric Radiology training certifed by Mexican Conseal of radiology and image A.C. since 2002 to the date.

Since 1992, he teach Anatomic radiology in the Universidad Autonoma de Baja California.

He become member of the RSNA group in 2002 and since then he has been in multiple congress all arround the world.

During the time of 2003 until 2005 he was President of the Radiology Society of BC.

On 1991 he found the institution Nucleo Diagnostico Avanzado (NDA), becoming the first in Tijuana to start with the  3D printing proyect. Until today NDA is the only one in the city to create 3D images for diagnosis and terapeutic purpose.