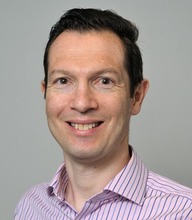 Dan J Bell has been a Consultant Radiologist at North Middlesex University Hospital, London, since 2011. He was lead for radiology 2014-18. In 2017 he also became an Assoc Prof at St George's University, Grenada, Caribbean.

His imaging interests are broad: cancer, head & neck, GI, GU. He also has been known to do some neurorad and MSK!

Unusually he enjoys reporting plain film and does not mind performing ultrasound, well not too much ;)
He also has a keen interest in the history of our wonderful specialty and is striving to improve Radiopaedia’s offerings in this area.